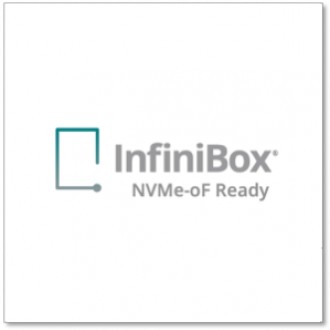 If you follow what has been going on in the world of computer storage over the last few years, you’ve certainly been hearing the growing excitement about Non-Volatile Memory Express, or NVMe. It might have seemed like almost everyone associated with storage has been talking about NVMe - vendors, analysts, press, and of course the source itself; the nonprofit industry organization that oversees NVMe, nvmexpress.org.

What’s the big deal? In the most basic of terms, NVMe is a protocol that was designed to enable higher performance for communication between applications (or host systems) and solid state components. In the words of the NVM Express organization: “NVMe was formed to remove the bottlenecks in legacy storage infrastructure designed for hard drives, with a streamlined protocol, scalable performance, and industry standard software and drivers.”

But what will it take for NVMe to truly show its potential? NAND flash technology, which is commonly found in most SSDs, has a minimum latency somewhere around 100 microseconds. So when all of the other inherent latencies required to deliver an I/O in most all-flash arrays are considered, the total minimal latency is probably close to about 200 microseconds.

Two years and one month ago, I wrote a blog post showing InfiniBox delivering much higher performance than two wildly popular all-flash-arrays. I’ve been asked not to curse, so let’s say there was a lovestorm on social media and our web server got the hug of death. Today, with an upgraded CDN, I’m delighted to share some news around NVMe-oF. The latest generation of InfiniBoxes are NVMe-oF ready, and we plan GA roll out for NVMe-oF as a non-disruptive software update within a year. For customers who are not part of the early access program, here’s a video demonstration of what’s coming: 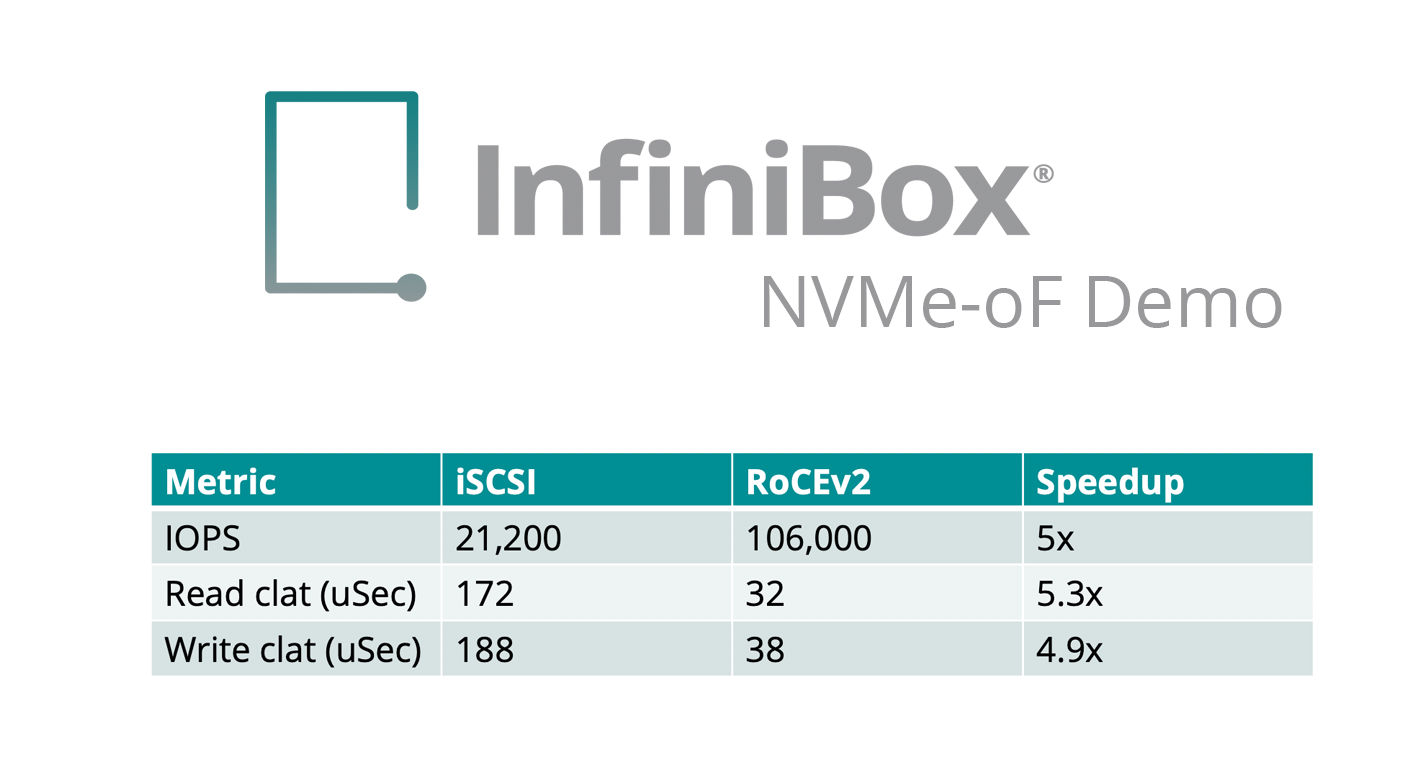 Let’s compare this with our old friends and add NetApp, since the A800 is a great hardware-based array that NetApp customers I speak with absolutely love.

*   Dell EMC PowerMax Data Sheet
** NetApp AFF 800 Data Sheet
*** Pure FlashArray//X Data Sheet (pre-NVMe-oF, claiming 250 uSec) and Pure Blog claiming up to 20% faster with NVMe-oF
Note: per the public sources listed above, these are what we believe to be the best performance floor latency claims currently listed by these vendors for these products.

I want to be clear that InfiniBox is not mopping the floor with PowerMax and friends (again) because we write better code; it’s because of physics. No matter what anybody does in software, a NAND cell can’t recall its data any faster than around 100 uSec, and an all-flash-array therefore cannot deliver IO latency less than 100 uSec + fabric + software stack latency. This is why, for over five years when customers ask when Infinidat is going to build an all-flash-array, we say “never” because NAND flash is 1000x slower than the DRAM that powers InfiniBox. 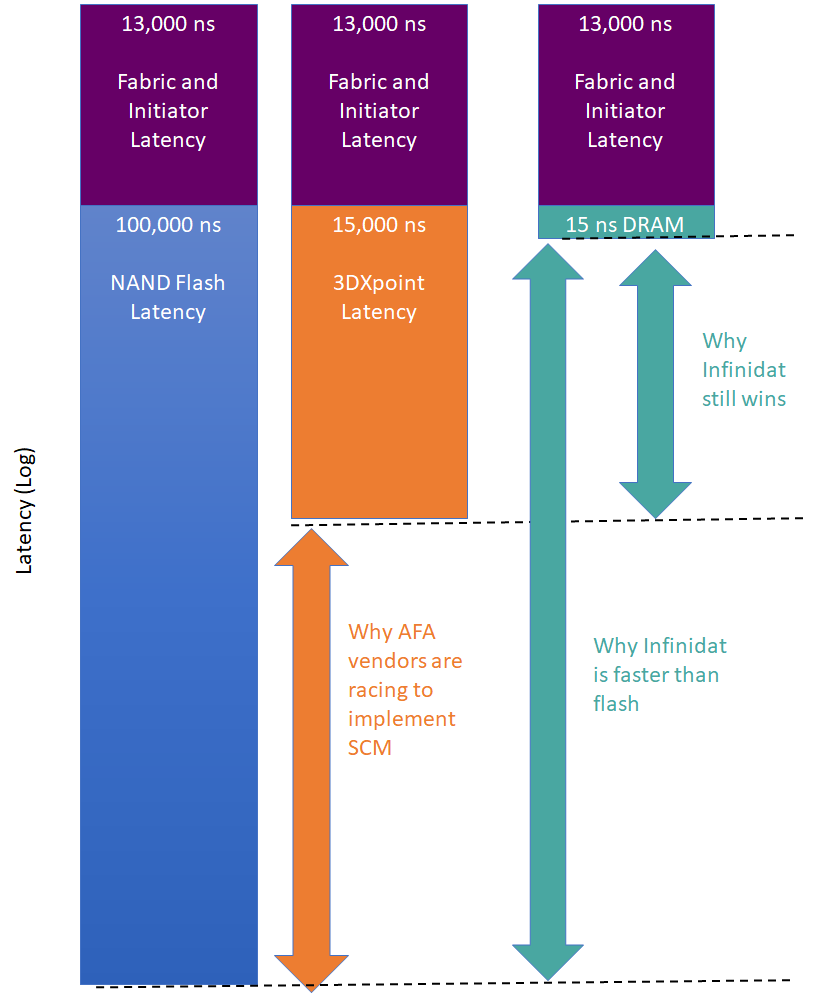 AFA vendors know this too, and that’s why everybody’s racing to implement Storage Class Memory (SCM), such as 3DXpoint, as the next “big thing” to improve their latency performance. And it probably will reduce latency compared to NAND flash. But it still won’t catch up to DRAM. By using DRAM cache as our primary technology to send and receive I/Os to and from storage networks and servers, Infinidat will continue to have a tangible performance advantage over AFAs - even those with SCM.

NVMe-oF is a perfect match for InfiniBox, and we’re expecting rapid adoption, not only by Infinidat customers but by the industry as a whole. We still have plenty of work to do before NVMe-oF on InfiniBox will be ready for GA, but I hope you enjoyed the demo, and stay tuned for updates!