IBM XIV and A9000 Users - Don’t worry, you’re not abandoned, Infinidat is here to rescue you and your data! 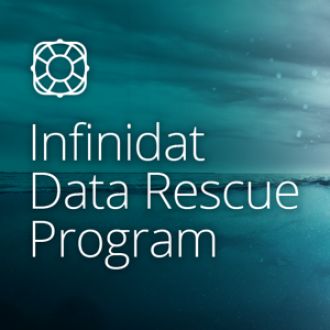 If the thought of replacing your XIV or A9000/R systems with a storage architecture that you already rejected when you chose your XIV or A9000/R system is less than appealing, we are ready to help! We are offering you a free migration onto Infinidat’s InfiniBox with our Data Rescue Program, and the super-easy option of using our InfiniBox FLX program to move storage from CapEx to OpEx. Our InfiniBox FLX allows you to only pay for the storage that you need, when you need it, and only for as long as you need it.

In the early days of computer systems, the few original vendors that were in the market tended to allow new and rapidly-changing technology to define each new system that they would introduce, each one usually with new software, and a new product name. IBM’s rise to early dominance in the computer industry was primarily driven by an innovative change: the concept of an architecture, and specifically the System/360. The S/360 used a microcode abstraction layer and allowed for different models to be built with different technologies to implement the same architecture, enabling software investment and staff skills to be protected and carried forward.

When it comes to systems, IBM’s track record for architectural investment protection has been excellent - not only evolving the S/360 into today’s Z Series but doing the same with the AS/400 into the iSeries and the RS/6000 into the Power series. However, when it comes to storage, IBM customers have experienced a very different legacy and reality.

If we just restrict ourselves to the era of RAID protected storage arrays, IBM has launched and withdrawn the following mix of acquired and organically developed storage systems:

Do you remember some major IBM publicly-touted storage projects that never became what was originally described at all, such as Storage Tank and IceCube?

On February 27, 2018, IBM announced the withdrawal of XIV systems, with a suggested replacement going forward to be the A9000. Now, just over a year later, it appears that the A9000 as well may not have much of a future, with IBM confirming staff reductions at a facility that supports it, and with last year’s announcement of the newer 9100 product.

If you are one of IBM’s existing XIV customers, there are probably some things you really like about XIV. XIV revolutionized storage interfaces with its simplicity and graphical elegance. XIV found a way to get unexpected higher performance out of inexpensive SATA disks and could rebuild a failed drive faster than any system the industry has ever seen before.

At Infinidat, we know what made the XIV popular. Moshe Yanai, our founder, and much of our original core team that created our InfiniBox were the same people that created XIV as well as EMC’s Symmetrix. They’ve taken the concepts people liked about XIV (and Symmetrix) and expanded it massively with InfiniBox. It’s like having the best of both worlds without the limitations, and more. Consider moving up to multi-PB scale in a single rack, 100% availability, unmatched real-world application performance, all with the industry’s best TCO & ROI.

We’d never want to see anyone or their data abandoned, so let’s make this easy for you.

If you are an existing IBM XIV or A9000 customer, we’d like to suggest you move up to our Infinidat InfiniBox, with free data migration, with the option of using our InfiniBox FLX subscription as a low-risk strategy for leaving IBM storage behind and joining the Infinidat family.

Please contact your Infinidat partner, or contact us directly at Infinidat to learn more about the Data Rescue Program, InfiniBox, or InfiniBox FLX.

When it comes to protecting your investment with enduring storage architecture and innovative features, at Infinidat, we “get it” and we won’t let you down!