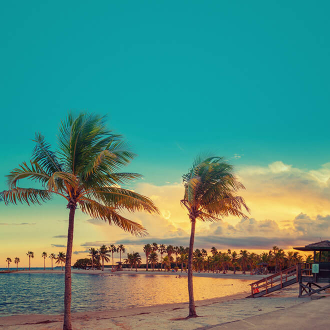 SMB is here! So what is it really?

For some of the lucky ones, SMB is the Seven Mile Beach on the Grand Cayman in the Cayman Islands. For the rest of us working in IT, it is Server Message Block, a protocol widely used for sharing files, printers, etc. – mostly in the Windows OS environment.

SMB protocol is not new. Its history starts in the mid-80s when it first appeared as “IBM PC Network SMB Protocol”. Microsoft adopted it in its LAN Manager product and has continued to drive the development of the protocol ever since. Although the first version of SMB, SMB 1.0, has been discontinued for years (see one of Ned Pyle’s great blog posts), modern versions are still extremely popular and widely used.

Many of our customers like the InfiniBox unified storage capabilities – simultaneously supporting FC, iSCSI and NFSv3 within the same system. But what about SMB support?

Many customers address the need for SMB by deploying physical or virtual Windows servers in front of InfiniBox block storage, essentially creating their own SMB solutions. They benefit from the full Windows Server functionality, but also have to deal with the day-to-day operation and maintenance of these dedicated file servers. They would be glad to keep the functionality but get rid of all the extra management burden.

We certainly hear our customers requests and work hard to address their requirements. But first, we have to understand what customers really mean when they ask about SMB support. Do they need integration with Active Directory? Support for multiple AD domains? Perhaps they need access-based enumeration? Previous versions? Replication?

All of these features and plenty of others are not exactly part of the SMB file access protocol – but most of the customers assume the availability of this functionality when they’re talking about their Windows file shares. We clearly see that the real demand is for a real Windows file sharing experience, not just the SMB protocol.

The new 4.0.40 software release and SMB Node for the InfiniBox F4000 offers the SMB protocol up to version 3.1.1 with many additional features – multiple tenants, previous versions support, full integration with InfiniBox UI, etc. As always with INFINIDAT, it will be fully supported and monitored by our global support team.

Screenshot of SMB file system management with the InfiniBox GUI

InfiniBox is a unified storage system. Customers looking for a file sharing solution for home directories or departmental file shares can use InfiniBox SMB file systems, while Hyper-V or MS SQL environments can be deployed using InfiniBox FC and/or iSCSI volumes.

As the Product Manager responsible for delivering this new capability, I’m thrilled to see initial feedback from our customers and I expect plenty of constructive feedback as we continue the roll-out of this new InfiniBox functionality.

In my future posts I’ll share more details about deployment and use cases for our newest protocol family member. Stay tuned, and happy file sharing!