Where Have All The Wizards Gone? 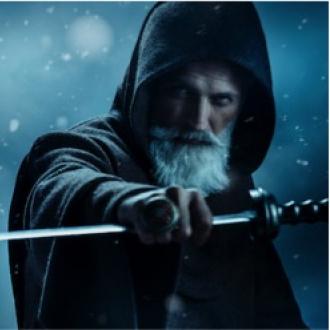 As Dell Technologies World is going on this week, it seems appropriate to reflect back on one of its foundations - EMC World - and even more so on the foundation of EMC World itself - The EMC Enterprise Wizards Conference, better known in the day as simply “Wizards”. Using the defunct Digital Equipment Corporation DECUS events as a loose model, the first Wizards event in 2001 was meant to be an opportunity for technical customers to engage and interact directly with EMC engineering. The objective was to allow engineering to share the deep technical details about products, product direction, and to actively solicit and gather information from the customers to influence future product features and direction. It was an event run by technologists, for technologists.

Dell Technologies World has become a glitzier, more marketing-oriented event for a more general audience that now includes analysts and the press. In years past, at least you could expect there to be a flurry of new, interesting storage-related product announcements.

You be the judge as to whether that expectation was met this year, but in our opinion that didn’t happen, and I’m a bit saddened and genuinely surprised by that. It’s almost as if it was more about what WASN’T announced rather than what was. 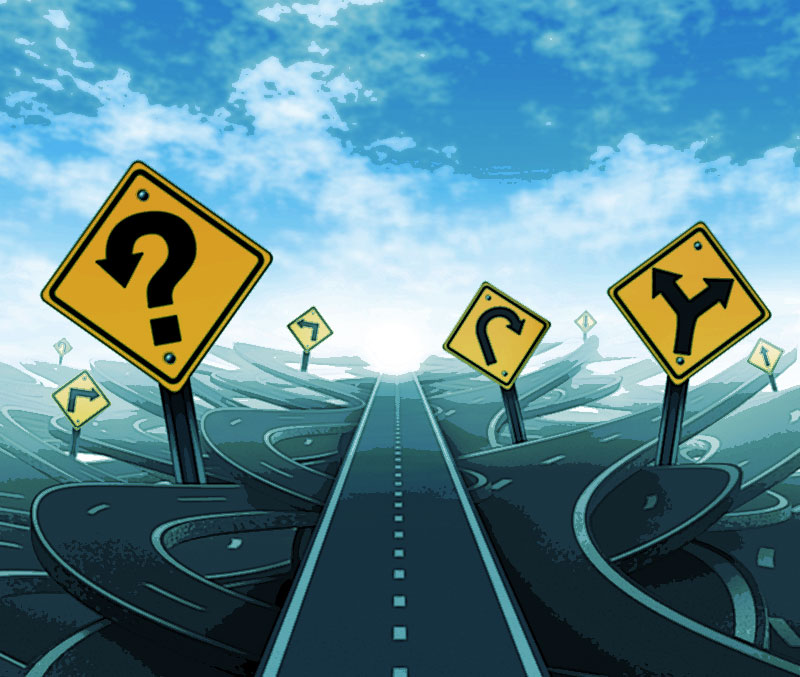 Here are some things that many expected to be announced, but didn’t happen:

1. No announcement of pricing or availability for Storage Class Memory (SCM) or NVMe-oF for PowerMax

Why was it expected? There have been many public statements by Dell EMC starting one full year ago that PowerMax was “SCM ready” and “NVMe-oF ready”, and that these features planned to GA with PowerMax early 2019”. Sometime recently, the word “early” has been quietly removed from almost all these statements in online documents. In a document that has been removed completely, the expected date was even more specific, stating that availability was planned for “Q1”. It appears that Dell EMC has done a good job of scrubbing their public documents to remove all previous references to these publicly-stated shipment expectations, now opting for a more generic date of “2019”. But if you’re an existing Dell EMC customer, you know the truth about what Dell EMC said, and what you were told. Fortunately, it’s a lot harder to get an industry analyst to redact or retract what they’ve already written, even when Dell EMC sponsored their piece, so here’s a note from IDC that still says “early 2019”, at least for now. It’s also tricky to remove something from a video, so it’s still mentioned here too. I’m genuinely surprised that these things were not announced this week.

Why wasn’t anything announced? Without inside information we can only speculate, but none of the hypotheses are good for users doing storage infrastructure refreshes this year. Among the more plausible possible explanations, are:

Why does it matter? One of the big lead marketing messages associated with Dell EMC’s announcement of PowerMax last year was the term “Smart”, regarding the ability to add value through “machine learning”. It sure looks like what Dell EMC was referring to was mostly their legacy FAST-VP software carried over from VMAX. There’s just one problem with that – since PowerMax is an all-flash array currently, all of that legacy FAST-VP intelligence isn’t really being used, as all the back-end storage devices are still just NAND Flash. There aren’t any different tiers of storage to move data to than the one that they’re already stored on. PowerMax is indeed likely able to evaluate millions of data segments and make billions of decisions as Dell claims, but those decisions today are likely to effectively move nothing. That is, until (if) SCM eventually does get announced and shipped by Dell EMC, at which point all of that legacy FAST-VP “intelligence” may at least be able to partially achieve some of the kind of tiering value that it once had in its previous glory days running on multi-tiered hybrid VMAX configurations.

But even when/if that does happen, SCM is still an order of magnitude slower for performance than DRAM. The intelligent caching (vs. Dell EMC’s “tiering”) on today’s InfiniBox using DRAM will still provide higher performance for most customers and their real-world applications.

As for NVMe-oF, Dell’s statements that this technology is still in the early phases of deployment by customers are true in our opinion. But we believe that NVMe-oF is going to be popular for all the right reasons and coming to market VERY quickly - possibly ramping up to 50% or more of performance-oriented storage shipments over the next 3 to 5 years. Some storage vendors have already announced availability of NVMe-oF, and we expect that it will become a useful, open, and pervasive technology for front-end connectivity for most storage vendors going forward.

2. No Announcement of “Destination New Product/MidRange.NEXT”

Why was it expected? As they say, sometimes a picture is worth a thousand words. The slide below was part of a Dell EMC analyst briefing in September 2018.

The absence of any significant visible efforts to rationalize Dell’s current portfolio of architecturally dissimilar storage arrays suggests that there may be customer retention and revenue issues or development concerns that are precluding rationalization. This despite several press articles where Dell EMC’s Jeff Clarke was quoted talking about this consolidation and future transition, such as here, here, and here.

Why does it matter? Customers expect to be given a clear, detailed, and specific, roadmap to support their decisions for why they should buy products today. Instead of announcing new Unity capabilities that improve agility, availability, or ease of management Dell gave us what many students of the industry might call a boring “mid-life kicker” technology refresh. And instead of actually adding NVMe to Unity, we got more talk. As journalists and analysts start publishing their thoughts on this, it appears that we’re not the only ones that are a bit confused by this while waiting for the next “Power something”. We are already a third of the way through 2019, and public word of this transition to a new product first surfaced about one year ago in May 2018. This announcement of enhancements to the Unity family may imply that the “new” product that was supposed to replace Unity (and probably SC, and probably XtremIO) may be farther away than the “2019” date that has been stated by Dell in the articles linked above. Since it appears that Dell may have already missed their target dates for SCM and NVMe-oF as highlighted above, this may be the most logical explanation - that the new product may be so far out into the future that it was easier to just add some minor tweaks to the existing Unity platform and see if anyone notices, or cares. We assume we’ll all know the real story eventually.

At Infinidat we have a single, simple hardware architecture with triple-redundancy of all key components that has already proven that it can extend and evolve with new technologies and into new areas rather than being made obsolete by them. 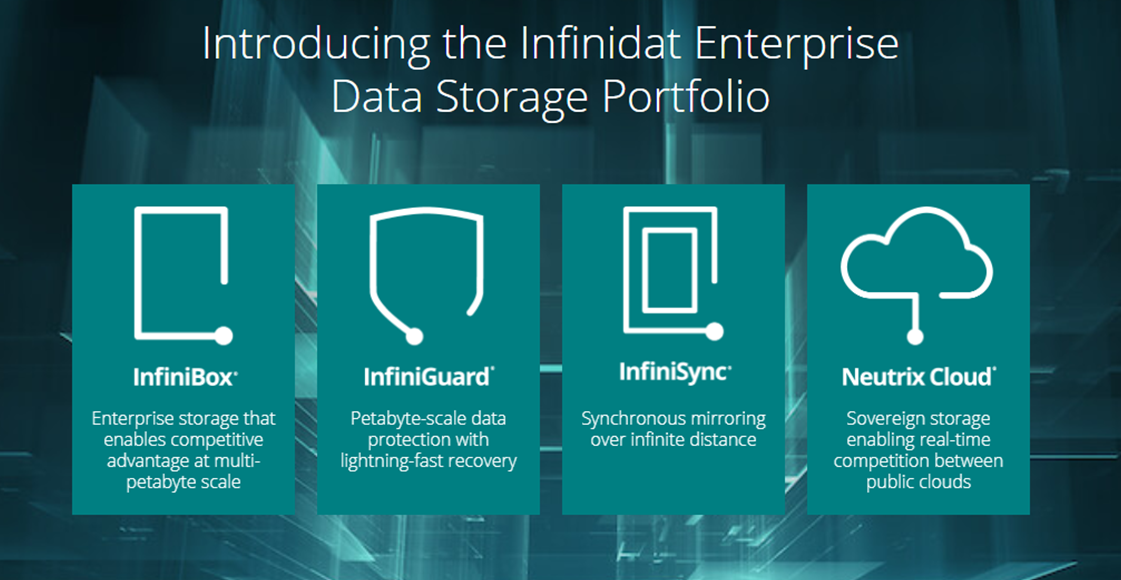 3. No announcement of Flash for Data Domain

Why was it expected? The backup/restore market is changing rapidly, and customers have come to realize that the only reason we do backups is so if something goes wrong we can restore the data. Customers have come to realize that the speed at which the restore takes place (RTO) is the most critical aspect of a backup/restore solution. Since the architecture of Data Domain doesn’t seem to have been designed to use advanced intelligent caching for restore performance, an assumed relatively easier way to address the issue specifically for Data Domain would be to use flash on the back end, as some other vendors have done successfully. Of course this assumes that host visible bandwidth is not constrained by compute resources.

Why does it matter? To their well-deserved credit, Data Domain became a huge industry factor a decade ago by proving that using disks instead of tape could improve performance while also reducing cost through effective data deduplication. At Infinidat, we recognize the achievements of Data Domain for initially paving the way on 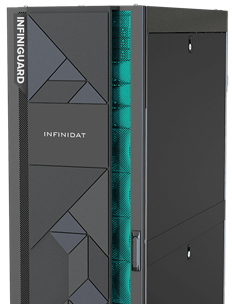 those issues, but a truly effective backup/restore solution needs to also be able to restore, really, really fast as an even greater priority. Dell doesn’t seem to want to talk much about restore performance statistics.

Our InfiniGuard product is based upon and exploits the core architectural features of our InfiniBox storage platform, and adds deduplication and integration with popular third-party backup software. Our customers can achieve outstanding backup performance, but more importantly, they achieve restore performance that is only marginally less than the backup performance (!) and typically well above all competitive alternatives for both backup AND restore performance...

So what did Dell announce at Dell Technologies World relative to storage?

In our opinion, much less than in any previous year.

I suspect that like many of our storage competitors, we were anticipating having to take some time to analyze an expected mountain of new information and then craft a response. But this year, there really isn’t anything that we thought was important enough to be worthy of such an effort.

In Dell’s keynote on Tuesday there did seem to be a lot of excitement on the main stage regarding the lead products that were mentioned first, before storage. I heard a lot about cool Dell laptops, how little a new Dell laptop weighs compared to other competitive laptops, laptop cameras, and Alienware. And the importance of the “edge” of the computing world - not to be confused with the “core” (data center) or “cloud”.

Draw your own conclusions about where the priorities lie, and how much “innovation” is being applied to storage.

At Infinidat we put our priorities on designing and delivering the best storage products that help our customers above all else. With an “engineering first!” culture of innovation, founded by storage industry legends, we have (so far) resisted big marketing events and campaigns, mostly by allowing our customers’ voices and successes to speak loudest for us. Infinidat’s value proposition is incredibly simple: Unmatched real-world application performance, seven-nines of availability, multi-Petabyte Scale, incredibly easy to manage, at a substantially lower cost and TCO – all without compromise.

How things have changed from that first EMC Wizards Conference in 2001! The original 3,000 attendees (half estimated to have been EMC employees) heard that according to a study by the University of California at Berkeley that 12 Exabytes of data existed in total in the world at that time. Infinidat’s worldwide storage capacity shipped in just the last few years since coming out of stealth is already over a third of that number, and growing rapidly.

So, where have all the wizards gone? The answer might surprise you: they never left Massachusetts, they just joined Infinidat, in Waltham. More of the original EMC Fellows are working at Infinidat (3) than remain at Dell (0). Don’t get us wrong, the Dell successor program, Dell Corporate Fellowships, is a prestigious honor, and the storage industry certainly needs more innovators. So on behalf of the Wizards of Waltham, will Michael Dell please recruit and elevate more Radia Perlmans! We all benefit from innovation.

But most importantly, we’d love to learn more about YOUR environment and discuss how we can help you scale to win with what our customers tell us is superior technology that gives them tangible advantages. You can contact us here, since we’re still light on doing big marketing events, preferring to talk directly with our customers more intimately.