Flash Before My Eyes: Why Fast, Reliable, Inexpensive Enterprise Storage is an Existential Threat

Last week at FAST16, Google presented an awesome white paper stating that “disks are the central element of cloud storage,” and “the cost per GB of SSD remains too high and that cost differential will not change in the coming decade.” This week, EMC responded with a press release that “commits to all-flash for its primary storage offerings, relegating traditional disk to bulk and archive storage requirements.” Not surprisingly, CIOs are confused about the future of storage. So why are two large tech companies articulating contradictory visions?

The reason is that Google is an engineering company, while EMC is a tech marketing company, and this requires different strategies.

If you don’t believe me, look at their respective financial statements. In 2015, EMC spent $2.69 on SG&A for every dollar on R&D (almost double that of Google.)  This is an outrageous spend on sales and marketing — 34.5% of 2015 revenue. Think about that for a minute. If you spent a million dollars on a tiny VMAX last year, $345k of that went toward talking at you about all flash data centers and paying people to photoshop EMC products into seminal 80s thrash metal album covers. 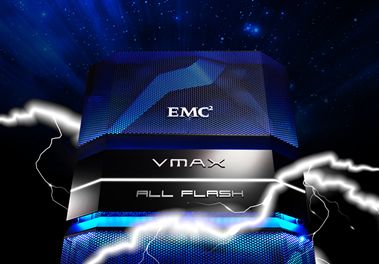 Flash Before My Eyes

It’s important to realize that EMC is a very different beast than it was in the nineties. The EMC of Dick Egan, Moshe, and team, was an engineering powerhouse. They poured huge amounts of money into R&D and developed new technology that changed the tech landscape. Old EMC also built one of the finest customer service organizations in the world and hired an army of characters like John K. Chatwin to get the word out. This is not the company that Dell is acquiring. These people are long gone. The talent that built EMC has moved on to INFINIDAT, SimpliVity, Actifio, Google, Amazon, and other engineering companies that are trying to change the world again. I loved the old EMC and I hate what happened to them. Fade to Black indeed.

Google, on the other hand, is a legitimate engineering company. There are both a vendor and consumer of storage. Storage is a fundamental, strategic enabler of their business. As such, they see and experience both sides of the coin in a way that a company like new EMC does not. That makes their POV very credible. Let’s break down Google’s position: 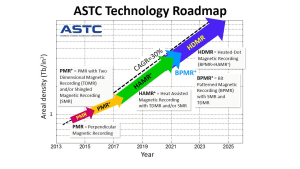 Google and INFINIDAT share much technical philosophy. We believe that TCO and reliability are what ultimately matter to storage consumers, while features and performance are table stakes. We believe the future of storage is in the cloud. We believe SSD is game-changing technology that is best utilized today as a caching layer, facilitated by strong algorithms that maximize its value alongside other storage media. We believe that low-cost high-bandwidth hard drives are the best technology available today as the backing store for long-term primary data persistence. And we believe that rapidly increasing sophistication of computer algorithms is the fundamental source of tomorrow’s competitive advantage in the storage domain.

Finally, we believe there will be a point in the future when solid state, universal memory matures and makes economic and technical sense for data center-scale primary storage. You will know that time has arrived when engineering companies like Google and INFINIDAT adopt this strategy in their products.

This is nonsense, or to use a word that I learned from @deepstoragenet  at storage field day, this is horsehockey. There are exactly two cases where all-flash arrays make more sense than hybrid flash storage systems:

If either of these things are true, and you don’t need mainframe-class reliability, keep it simple and put the workload on an all-flash array. If not, be smart and put the workload on a flash-optimized hybrid storage system that is faster, more reliable, and half the cost. Don’t believe datasheets. Talk to other customers who were dissatisfied with the performance, reliability, and cost of their all-flash array and solved their challenges by moving workloads to InfiniBox.  Check out our detailed executive brief as to why flash optimized hybrid storage solutions are an existential threat to current all-flash-array solutions.

The INFINIDAT engineering team strongly agrees with Google and commends Eric Brewer and his team for helping the storage community cut through marketing nonsense and get the focus back on storage technology. Eric is already a rockstar computer scientist and we need more people like him working on hard storage problems.