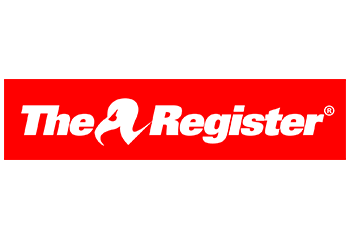 Moshe’s INFINIDAT happy to SHOUT about its progress

Moshe Yanai’s INFINIDAT startup, which came out of stealth in April with its InfiniBox array, is bragging about its growth. It recently revealed figures including: 1.) 300 per cent sales growth in the second quarter compared with Q1 2015. 2,) 500 per cent growth in channel sales. 3.) 53 per cent of global sales came through resellers and distis. Whisper it, but these high growth rates could be from smallish number bases of course. But, you have to say a three-times revenue jump from one quarter to the next is a great fillip, small base or not. 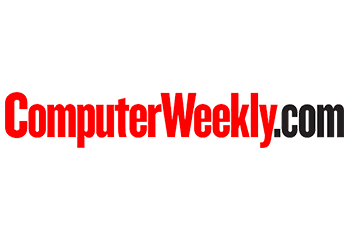 Enterprises need hyperscale or webscale storage. They look at the likes of Google and Facebook and need to do what they’re doing; processing and storing huge amounts of data with transactions and analysis on the fly. But they lack storage products to do it, and existing enterprise storage isn’t up to the job. Those are the views of Infinidat, which came out of stealth this year and which believes enterprises are trying to solve the problems of the future datacentre with storage architectures from the past. Infinidat CTO Brian Carmody said: “What we’re seeing is a competitive advantage by a small number of technically advanced companies – Facebook, Google etc – who are trying to do what they do with incumbent technology. The experience of these apex big data companies demonstrate a failure by the storage industry.”

INFINIDAT , a startup storage company whose team developed EMC’s Symmetrix and IBM’s XIV enterprise storage solutions, introduced a massive round of funding as well as a new storage architecture in April. INFINIDAT received a new $150 million round of funding, and now has an estimated valuation of $1.2 billion. The company, based in Needham, Mass., and Herzliya, Israel, also officially unveiled its new InfiniBox storage system.

Why is Virtualization creating Storage Sprawl?

Desktop and server virtualization have brought many benefits to the data center. These two initiatives have allowed IT to respond quickly to the needs of the organization while driving down IT costs, physical footprint requirements and energy demands. But there is one area of the data center that has actually increased in cost since virtualization started to make its way into production… storage. Because of virtualization, more data centers need flash to meet the random I/O nature of the virtualized environment, which of course is more expensive, on a dollar per GB basis, than hard disk drives. The single biggest problem however is the significant increase in the number of discrete storage systems that service the environment. This “storage sprawl” threatens the return on investment (ROI) of virtualization projects and makes storage more complex to manage. 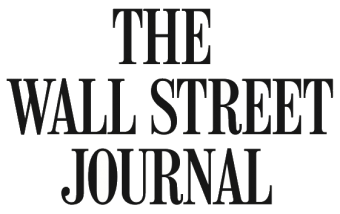 INFINIDAT , an Israeli company founded by the engineering team behind EMC’s Symmetrix and IBM’s XIV, started shipping product in 2013. With over 100 PB shipped to multiple Fortune 100 companies, the company feels it is ready to expand its sales and marketing footprint to take on the behemoths of the storage industry such as EMC, HDS and NetApp. The $150m from TPG, a large capital management group, brings INFINIDAT’s total funding to $230m. The original $80m came from the founder’s, who’ve been quite successful with their earlier ventures. Why a new high-end array vendor in an industry battered by cloud storage, flash arrays, and scale out object storage? INFINIDAT offers up to 2 PB of usable capacity – without dedup or compression – in a single 42u rack, guaranteed 99.99999 percent availability – less than three seconds of downtime year – all software included in the base price, with three years of 24 seven on-site service. All for $1 per usable GB.

Stealthy Data-Storage Unicorn Infinidat Breaks Out with $150M Round

Search for information about INFINIDAT , the latest data storage company founded by industry legend Moshe Yanai, and you’ll come up with surprisingly little. At least, you would until today. That’s likely to change after INFINIDAT announced Wednesday it has raised $150 million in a Series B round led by TPG Growth, the venture capital fund of the private equity firm TPG. The round values INFINIDAT at $1.2 billion post-investment, and it brings the total raised by the company to $230 million. INFINIDAT , a five-year-old Israel-based startup with its U.S. headquarters in Needham, MA, makes data storage arrays that combine flash storage with conventional hard disk drives. The company says the system, which it calls the Infinibox, has room for 2 petabytes of data and throughput speeds of up to 12 gigabytes per second. INFINIDAT is targeting enterprise customers, such as firms in healthcare and financial services, managed service providers, and cloud vendors that run an increasing number of apps in the cloud and have massive data storage needs.

Infinidat comes out of stealth with PB-scale InfiniBox, funding grab

INFINIDAT — Moshe Yanai’s newest startup — today shed light on its InfiniBox array and picked up $150 million in funding to push it into the market. Yanai led development on the EMC Symmetrix high-end enterprise array from 1987 to 2001. After leaving EMC, he founded early deduplication player Diligent Technologies and storage array startup XIV. He sold Diligent and XIV to IBM. CEO Yanai started INFINIDAT in 2010 and the company quietly began shipping its InfiniBox arrays in early 2013. Until now, INFINIDAT has gone after carefully targeted customers to make sure the technology was battle-tested before broadening distribution. INFINIDAT’s goal is to build the type of hyperscale storage used by companies such as Google and Facebook. But its target audience is enterprises. An InfiniBox storage system can hold 2 PB of storage in a 42U rack. INFINIDAT claims a rack can handle 750,000 IOPs with 12 Gigabit per second throughput and seven-nines of availability at a cost of $1 per GB of usable storage. 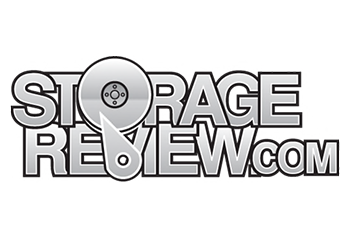 INFINIDAT Announces An Additional $150 Million In Investment By TPG

Today INFINIDAT announced that in a second round of funding it has an additional $150 million dollars in funding from TPG Growth, the growth equity platform of global investment firm TPG. This brings Infinidat’s total funding up to $230 million giving the company a valuation of $1.2 billion. Terms of the transaction were not disclosed. INFINIDAT is a fairly new company founded in 2010 by Moshe Yanai, both an EMC Fellow and an IBM Fellow and the inventor of EMC’s Symmetrix platform. INFINIDAT was founded to create solutions for the “most pressing information storage problems facing today’s enterprises.” With data continuing to grow, businesses need to make tradeoffs on how much data they keep active, what type of protection they offer, and the amount of money they spend on storing the data, including solutions, power, and personnel. INFINIDAT ’s flagship product is the unified storage system, InfiniBox. InfiniBox has some fairly impression claims and specifications. It is ultra-dense with 2PB of capacity in a single 42U rack. It boasts an unprecedented reliability of 99.99999% uptime with a self-healing architecture, comprehensive end-to-end data verification, and high performance double-parity InfiniRAID. The solution provides an unlimited space-efficient snapshot technology, InfiniSnap. InfiniBox supports block, file, and Object storage.