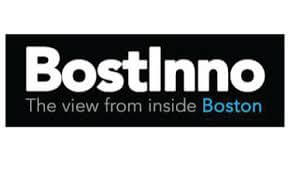 Moshe Yanai was once a key figure in the growth of EMC, the Hopkinson-based data storage giant that helped put a spotlight on Massachusetts’ technological prowess before attention shifted from the Route 128 tech corridor to Cambridge and Boston. Years later, Yanai is looking to bring attention back to Route 128 — where many tech companies are still located — with INFINIDAT, his enterprise data storage startup that reached a $1.2 billion valuation last year and had a grand opening for its new, 23,000-square-foot U.S. headquarters in Waltham on Tuesday. With a large, emerald-tinged logo seen from outside INFINIDAT’s Totten Pond Road building, the startup is looking to give a big first impression to Fortune 1000 customers who visit its new headquarters to see its InfiniBox storage system, which the company says has a larger storage capacity than competitors like EMC and IBM, as well as a lower price per gigabyte.