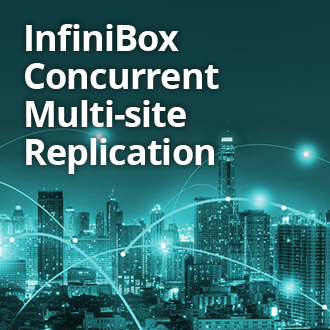 If protecting your data against any and all types of threats is critically important to your organization, Infinidat now offers you the industry’s best multi-site data protection among all enterprise-class storage offerings. 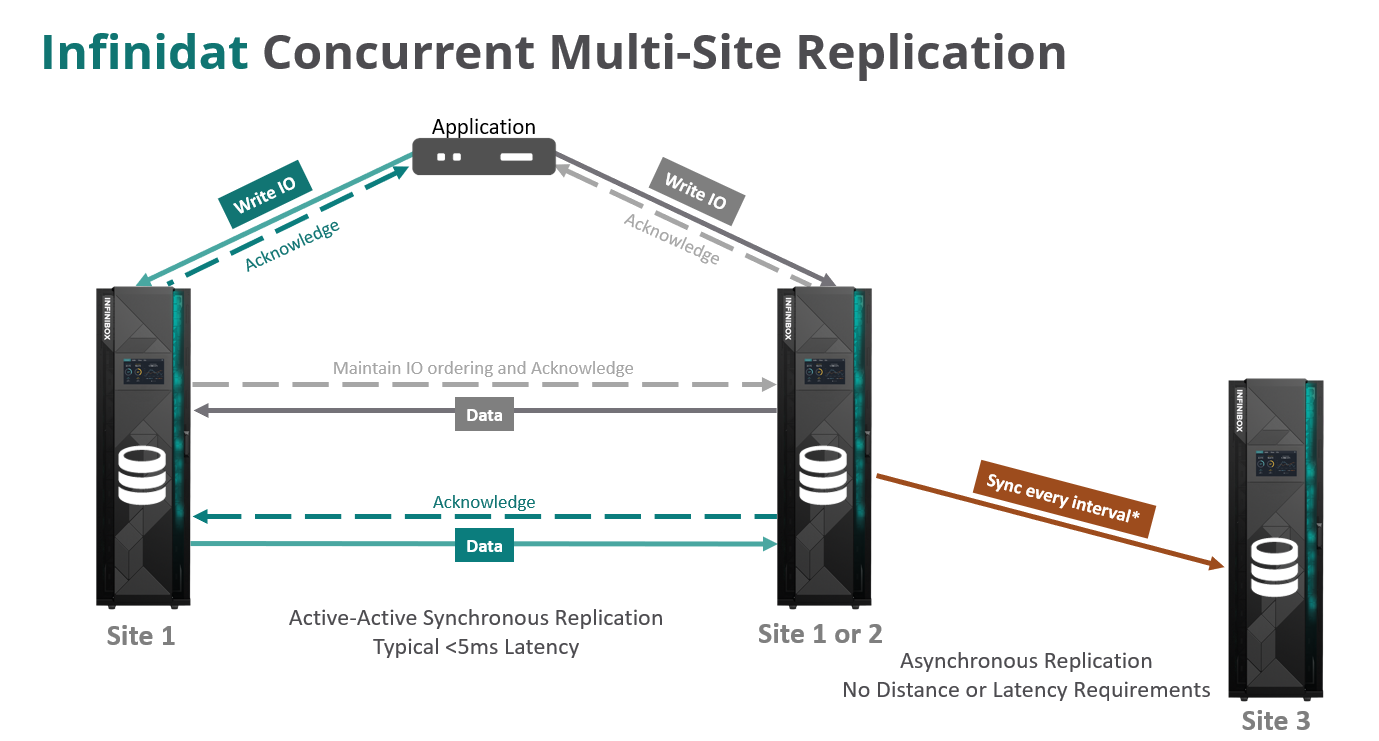 The concept of protecting data by making a copy of it at a remote location has a long and rich history. The foundation is, of course, creating backup copies of data that were then transported to a remote location, so that if the primary data were ever compromised then the backup copy could be used to restore the data. For decades, unprotected disks were the media of choice for enterprise data and tape became the media of choice for remote backup copies. The Recovery Time Objective (RTO) for when things could be back to “normal” after data loss back then (assuming that recovery plans were well executed) was usually measured in days. The Recovery Point Objective (RPO) — the state of the data at the time the backup copy had been created —- was also typically days out of synchronization with the state of the business, and all data created beyond the point of the last backup would typically be lost.

In a perfect world RTO should be zero — instantaneous continuous operation after an event, without requiring any human intervention. Perfect RPO should also be zero — no data loss despite an event. In the pursuit of this ideal, there have been several game-changing inflection points:

Infinidat now has the most available storage system in the industry, backed by a 100% Availability guarantee with meaningful remedies and a portfolio of local and remote replication features that can deliver a zero RPO at zero RTO metropolitan solution that can then simultaneously replicate to a third (or fourth) site at distance.

Infinidat’s solution is superior in the following ways:

Data protection has come a long way from the days of conventional Backup/Restore for truly mission-critical environments that require superior RPO and RTO, and Infinidat now offers the industry’s leading technology to achieve it.

Only Infinidat can provide you with a solution that prevents any data loss (0 RPO) in a metro configuration while simultaneously providing you with as little as only single-digit-second data loss (near-zero RPO) if the entire metro area was lost. If this is important to you, let’s talk!